Willie Mays: The Life, The Legend

On February 18th, 2010 Mr. Mays signed 100 copies for his Charity, The Say Hey Foundation. The signing took place at a local sporting goods store. You will receive the retail store receipt, copies of 2 newspaper articles announcing the signing and The Letter of Evaluation. Authorized by Willie Mays and written by a New York Times bestselling author, this is the definitive biography of one of baseball's immortals.

Considered to be "as monumental--and enigmatic--a legend as American sport has ever seen" (Sports Illustrated), Willie Mays is arguably the greatest player in baseball history, still revered for the passion he brought to the game. He began as a teenager in the Negro Leagues, became a cult hero in New York, and was the headliner in Major League Baseball's bold expansion to California. With 3,283 hits, 660 home runs, and 338 stolen bases, he was a blend of power, speed, and stylistic bravado that enraptured fans for more than two decades. Now, in the first biography authorized by and written with the cooperation of Willie Mays, James Hirsch reveals the man behind the player.

Willie is perhaps best known for "The Catch"--his breathtaking over-the-shoulder grab in the 1954 World Series. But he was a transcendent figure who received standing ovations in enemy stadiums and who, during the turbulent civil rights era, urged understanding and reconciliation. More than his records, his legacy is defined by the pure joy that he brought to fans and the loving memories that have been passed to future generations so they might know the magic and beauty of the game. With meticulous research, and drawing on interviews with Mays himself as well as with close friends, family, and teammates, Hirsch presents a complex portrait of one of America's most significant cultural icons.

A Conversation with Author James Hirsch 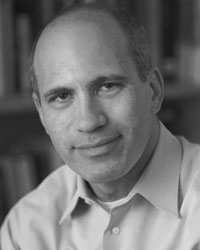 Q: As a baseball fan, what were your impressions of Willie Mays before you first approached him regarding a book?

A: I never actually saw him play, but I grew up in St. Louis, and Cardinal announcer Jack Buck used to describe Mays as "the greatest player I ever saw" and speak of him with such reverence that the name itself was pure magic. Over the years, I read some stories about him and saw some video clips, and my impression was of a player who had mastered all parts of the game. As it happened, that impression didn't change. In considering who the greatest player of all time was, I conclude that Babe Ruth was baseball's most dominant player while Willie Mays was its greatest master.

Q: The biography includes a rich description and analysis of The Catch--the play in the 1954 World Series for which Willie Mays is perhaps best known. What were your sources for this passage? How much time did you spend researching and crafting it? Was it more, or less, difficult to write than any other given passage in the book?

A: Willie himself has discussed "The Catch" many times over the years, including in the locker room immediately after the game. The key, for me, was to capture not just his athletic skill but the true artistry of the moment. I found an interview that Willie gave in the 1990s in which he walked through the mental calculations he made while running toward the centerfield fence, trying to determine how he was going to throw the ball before the runner on second could tag up and score. It was Willie's most scientific, but also his most elegant, account of the play.

Beyond filling in the gaps with Willie in person, I interviewed as many people I could find who saw the play, including players (Alvin Dark, Monte Irvin, Al Rosen) and sportswriters (Roger Kahn, Robert Creamer), and I culled the many descriptions of it that have been recorded, including from the hitter Vic Wertz and the second base umpire, Jocko Conlan. All told, I had about 35 eyewitness accounts. Given the wealth of information--Arnold Hano wrote an entire book about "The Catch"--the biggest challenge was finding some fresh angles.

It was often said that "The Catch" was Willie's signature play. But it was more than that. It established the Willie Mays brand name--to this day, you can go to any ball field, watch a kid make a catch over his shoulder, and someone will scream, "Willie Mays!" I don't believe there is anything comparable with any athlete in any sport. What's also important is that "The Catch" now lives in the film footage that is played over and over on TV or on computers. The film is in black-and-white, but the following year, the World Series was filmed in color. Symbolically, we passed into the modern era--and indeed, Willie played most of his career in what we would consider the modern era, defined in part by the relocation of teams, World Series night games, and the widening financial divide between players and their fans. Yet Willie's defining moment placed him in that earlier era--the black-and-white television age, if you will--when players were more integrated into their communities, World Series games started in the afternoon, and owners didn't betray fans. Willie Mays, through the constant showing of "The Catch," has become our touchstone to that bygone era.

Q:How would you sum up Mayss legacy, both within the game of baseball and outside of it?

A: That was the single most important question I wanted to answer, and I discovered it when I went to speak to my son's second-grade class. After talking to the students about how to write stories, I asked how many of them had heard of Willie Mays. I was shocked by how many hands went up--most of the boys, and some of the girls. I asked how they knew about Willie. Some had seen "The Catch" on ESPN, but many told me that their fathers, or their grandfathers, or their uncles had told them about "the great Willie Mays." The kids didn't really know anything about Willie, except that he represented this platonic ideal of baseball perfection. It was then that I realized Willie's legacy is not his numbers, his records, or the games he helped win. It is the pure joy that he brought to those fans who watched him and the loving memories that have been passed to future generations so they might know the magic and beauty of the game.

Q:Why do you think Willie Mays finally agreed to be interviewed extensively for a biography?

A:Timing was part of the reason. Willie was 77 when I first met him, and I believe he was ready to reflect on the totality of his life and encourage those around him to do so well. I was a complete stranger to Willie, but I now believe that helped me. Willie is extraordinarily proud of his life--quite mindful of that trajectory, from a poor, Depression-era black kid from the Deep South to someone who now rides on Air Force One with the president. While I asked Willie to do something that he really doesn't enjoy--talk about himself--I believe that he wanted an outsider to independently validate his accomplishments as well as disappointments.

Q:What was your most unexpected discovery while researching and writing Willie Mays?

A:Willie made baseball look so easy that most people assumed he just took the field and breezed through the season. Henry Aaron told me that some of the black players, who had to work extra hard just to keep their spots on the roster, resented Willie because he made baseball look so effortless. The fact is, even Willie's peers had no appreciation of his sacrifices, both physical and emotional. Those sacrifices caused Willie to be hospitalized on several occasions during his career--he was simply too tired to compete, and the pressure of being Willie Mays was at times too great even for Willie Mays. That was a surprise, but the revelation also made Willie a more human and sympathetic figure.