Superman: The High-Flying History Of America'S Most Enduring Hero

Seventy-five years after he came to life, Superman remains one of Americas most adored and enduring heroes. Now Larry Tye, the prize-winning journalist and New York Times bestselling author of Satchel, has written the first full-fledged history not just of the Man of Steel but of the creators, designers, owners, and performers who made him the icon he is today.

Legions of fans from Boston to Buenos Aires can recite the story of the child born Kal-El, scion of the doomed planet Krypton, who was rocketed to Earth as an infant, raised by humble Kansas farmers, and rechristened Clark Kent. Known to law-abiders and evildoers alike as Superman, he was destined to become the invincible champion of all that is good and justand a star in every medium from comic books and comic strips to radio, TV, and film.

But behind the high-flying legend lies a true-to-life saga every bit as compelling, one that begins not in the far reaches of outer space but in the middle of Americas heartland. During the depths of the Great Depression, Jerry Siegel was a shy, awkward teenager in Cleveland. Raised on adventure tales and robbed of his father at a young age, Jerry dreamed of a hero for a boy and a world that desperately needed one. Together with neighborhood chum and kindred spirit Joe Shuster, young Siegel conjured a human-sized god who was everything his creators yearned to be: handsome, stalwart, and brave, able to protect the innocent, punish the wicked, save the day, and win the girl. It was on Supermans muscle-bound back that the comic book and the very idea of the superhero took flight.

Tye chronicles the adventures of the men and women who kept Siegel and Shusters Man of Tomorrow aloft and vitally alive through seven decades and counting. Here are the savvy publishers and visionary writers and artists of comics Golden Age who ushered the red-and-blue-clad titan through changing eras and evolving incarnations; and the actorsincluding George Reeves and Christopher Reevewho brought the Man of Steel to life on screen, only to succumb themselves to all-too-human tragedy in the mortal world. Here too is the poignant and compelling history of Siegel and Shusters lifelong struggle for the recognition and rewards rightly due to the architects of a genuine cultural phenomenon.

From two-fisted crimebuster to ber-patriot, social crusader to spiritual savior, Supermanperhaps like no other mythical character before or sincehas evolved in a way that offers a Rorschach test of his times and our aspirations. In this deftly realized appreciation, Larry Tye reveals a portrait of America over seventy years through the lens of that otherworldly hero who continues to embody our best selves.

A story as American as Superman himself . . . The best origin story pulsing through Superman is not the one about the Krypton-to-Kansas alien baby, but rather the one about the superheros mortal and sometimes star-crossed creators.The Washington Post

A rich history full of lively heroes and villains much like a comic book. Essential for Superman fans.Library Journal (starred review) 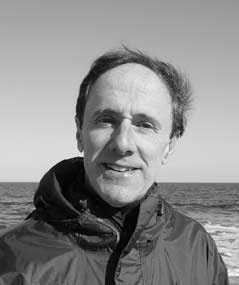 A Letter from Author Larry Tye
Larry Tyes previous books include Home Lands, Rising from the Rails, The Father of Spin, and the bestselling Satchel: The Life and Times of an American Legend.

What does Americas choice of heroes say about them and about us? What better way to understand modern-day heroes, I thought, than to look at Superman, who tapped into the American psyche more effectively than anyone and has lasted longer than all of them.

I had grown up reading Superman comics and Superman remains comfort food for my spirit, but there was clearly a serious story here. To understand why the Man of Tomorrow is as popular today as in my boyhood I did what any journalist would: I interviewed hundreds of historians, clerics, and psychologists. I read the unpublished memoirs of Jerry Siegel and Jack Liebowitz, Supermans creator and patron. I reviewed yellowing coroners reports on George Reeves, the TV Man of Steel. I began by worrying if I would have anything new to say. I ended by worrying how to fit into a manuscript all I have to say on this hero who is as much a part of our communal DNA as Huckleberry Finn.

What surprised me? For starters, there was the wrenching story of his nurturing at the hands of a parade of young creators yearning for their own absent fathers. The first was Jerry Siegel, a child of Lithuanian immigrants who was devastated when his dad died during a robbery. While there was no bringing back his father, Jerry Siegel did bring to life a hero able not just to run fast and jump high but to fend off a robber. Who would publish this fanciful tale? How about Jack Liebowitz, a hard-headed comic-book entrepreneur whose own dad died just after he was born and who needed a champion? Not just Superman but his rivals, too, were more than they seemed. Superman stood up to Hitler, Stalin, and the Ku Klux Klan long before America did. And even his most fervent fans may not know this about the Man of Steel: He is Jewish.

Supermans enduring power starts with the simplicity of his story. Little Orphan Annie and Oliver Twist remind us how compelling a foundlings tale can be, and Superman, the sole survivor of a doomed planet, is a super-foundling. The love triangle connecting Clark Kent, Lois Lane, and Superman has a side for everyone, whether you are the boy who cant get the girl, the girl pursued by the wrong boy, or the conflicted hero. And he was not just any hero, but one with the very powers we would have: the strength to lift planets, the speed to outrun a locomotive, the gift of flight. Superpowers, however, are just half the equation. More essential is knowing what to do with them, and nobody has a more instinctual sense than Superman of right and wrong. He sweeps in to solve our problems, no thank-you needed. He descended from the heavens to help us discover our humanity. Superman has always embodied our best selves and our collective aspirations. The more jaded the era, the more we have been lured back to his elemental familiarity.