From its earliest days, America served as an arena for the revolutions in alternative spirituality that eventually swept the globe. Esoteric philosophies and personasfrom Freemasonry to Spiritualism, from Madame H. P. Blavatsky to Edgar Caycedramatically altered the nations culture, politics, and religion. Yet the mystical roots of our identity are often ignored or overlooked. Opening a new window on the past, Occult America presents a dramatic, pioneering study of the esoteric undercurrents of our history and their profound impact across modern life.

Book Description
It touched lives as disparate as those of Frederick Douglass, Franklin Roosevelt, and Mary Todd Lincoln--who once convinced her husband, Abe, to host a sance in the White House. Americans all, they were among the famous figures whose paths intertwined with the mystical and esoteric movement broadly known as the occult. Brought over from the Old World and spread throughout the New by some of the most obscure but gifted men and women of early U.S. history, this hidden wisdom transformed the spiritual life of the still-young nation and, through it, much of the Western world.


Yet the story of the American occult has remained largely untold. Now a leading writer on the subject of alternative spirituality brings it out of the shadows. Here is a rich, fascinating, and colorful history of a religious revolution and an epic of offbeat history.

From the meaning of the symbols on the one-dollar bill to the origins of the Ouija board, Occult America briskly sweeps from the nations earliest days to the birth of the New Age era and traces many people and episodes, including:

Here, too, are Americas homegrown religious movements, from transcendentalism to spiritualism to Christian Science to the positive-thinking philosophy that continues to exert such a powerful pull on the public today. A feast for believers in alternative spirituality, an eye-opener for anyone curious about the unknown byroads of American history, Occult America is an engaging, long-overdue portrait of one nation, under many gods, whose revolutionary influence is still being felt in every corner of the globe.

Amazon Exclusive: Mitch Horowitz on the Occult in American History 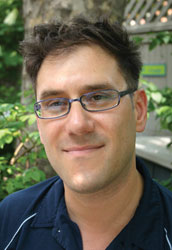 Scholars of American history have often dismissed occult traditions, such as Spiritualism, Mesmerism, divination, channeling, and mental-healing, as little more than oddball social trends to be analyzed, fretted over, and debunked. This is a mistake. To really grasp the religious development of our nation, its occult movements and believers must be understood for what they are: communities of belief, who left a profound impact on the culture of America and the modern world.


Early American history is entwined with esoteric spirituality. North Americas first intentional mystical community reached its shores in the summer of 1694. That year, the determined spiritual philosopher Johannes Kelpius led about forty pilgrims out of Central Germany--a region decimated by the Thirty Years War--and to the banks of the Wissahickon Creek, just beyond Philadelphia. The city then hosted only about 500 houses, but it represented a Mecca of freedom for the Kelpius circle, who longed for a new homeland where they could practice their brands of astrology, alchemy, numerology, and mystical Christianity without fear of harassment from church or government.

Soon more mystical thinkers from the Rhine Valley journeyed to America, building a larger commune at Ephrata, Pennsylvania. A young woman named Ann Lee fled persecution in her native Manchester, England and relocated her esoteric sect, the "Shaking Quakers"--or the Shakers--to upstate New York in 1776. That same year, a Rhode Island girl, Jemima Wilkinson, declared herself a spirit channeler, took the name Publick Universal Friend, and began to preach across the northeast. The trend was set: America became a destination for religious idealists, especially those of a supernatural bent.

By the 1830s and 40s, a region of central New York State called "the Burned-Over District" (so-named for its religious passions) became the magnetic center for the religious radicalism sweeping the young nation. Stretching from Albany to Buffalo, it was the Mt. Sinai of American mysticism, giving birth to new religions such as Mormonism and Seventh-Day Adventism, and also to Spiritualism, mediumship, table-rapping, sances, and other occult sensations--many of which mirrored, and aided, the rise of Suffragism and related progressive movements. The nations occult culture gave women their first opportunity to openly serve as religious leaders--in this case as spirit mediums, seers, and channlers. Americas social and spiritual radicals were becoming joined, and the partnership would never fade.

Indeed, the robust growth of occult and mystical movements in nineteenth-century America--aided by the influence of Freemasonry and Transcendentalism--helped transform the young nation into a laboratory for religious experiment and a launching pad for the revolutions in alternative and New Age spirituality that eventually swept the globe. In the early twentieth century, the new spiritual therapies--from meditation to mind-body healing to motivational thinking--began revolutionizing how religion was understood in contemporary times: not only as a source of salvation but as a means of healing. In this sense, occult America had changed our world. --Mitch Horowitz