100 Yards Of Glory: The Greatest Moments In Nfl History

Relive the greatest moments in the NFL

The Immaculate Reception. The Ice Bowl. The Music City Miracle. The Catch. For nearly a century, the National Football League has provided fans with pulse-pounding moments on the gridiron.
In the tradition of their best-selling collaboration And the Crowd Goes Wild, veteran chronicler of popular history Joe Garner and broadcast icon Bob Costas team up to bring fans this one-of-a-kind compendium of NFL history. 100 Yards of Glory celebrates 100 of professional footballs greatest moments, players, coaches, teams, and triumphs. The richly illustrated text is accompanied by an original ten-part documentary, hosted by the inimitable Bob Costas, produced by an Emmy Awardwinning team, and featuring thrilling game footage, commentary, and highlights, direct from the NFLs own archives.
From the great dynasties to the improbable catches, the legendary coaches to the heroic QBs, the most incredible comebacks to the most notorious collapses, 100 Yards of Glory relivesin print and on screenthe most unforgettable moments in the games history. 100 Yards of Glory is a must-have for any football fan. 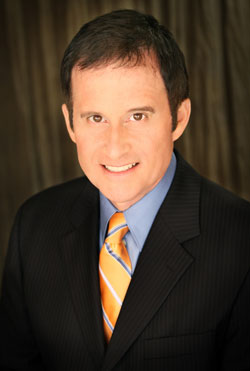 Q: Why did you choose to compile the greatest moments in the NFLs history versus that of the MLB or NBA?

A: The popularity of the NFL is at an all-time high. Even casual fans are passionate about their teams. In researching the idea, I found its rich history and heroic and colorful characters incredibly compelling. It just came together faster. But I hope to eventually do similar immersive books about Major League Baseball and the NBA.


Q: You had unique access to the NFLs own archives for this book. What was that experience like?


A:Ive enjoyed a long relationship with NFL Films, dating back to my first sports collection, And the Crowd Goes Wild. Its impossible to do a book like this without their trust and cooperation. With the NFL onboard, I had access to over a million photographs and thousands of hours of game footage dating back to the 1930s. Ultimately, the curated media gives the reader a much more immersive experience than they can have with any other book.

Q: Was it difficult to choose only 10 entries for each category? Are there any moments/people/rivalries that you wish had made the final cut?

A: Ive long since learned its impossible to include everything. So, I dont mind being criticized for what isnt included. (Thats why sequels exist.) I do get concerned if Im criticized for what is included. Well have to see. But given the input I received from the NFL, namely Craig Ellenport, Senior Editor of NFL.com, I think were on pretty safe ground. There is something for every fan, young and old.

Q: Is there a single greatest moment in this work that stands out for you?

A: By and large, the moments, players, and coaches included in 100 Yards of Glory have all left an indelible mark on the game. So to single out just one is like pulling out a piece of a puzzle one element doesnt give a complete and satisfying picture.

Q:This is your fourth book with Bob Costas. Can we anticipate any additional projects youll be teaming up for in the future?

A: Whether a televised sporting event or these books, Bobs involvement raises the bar. In my opinion, he is without equal. Part of that is his born talent and the other is his incredible hard work at preparation. I sure hope there will be future projects and perhaps a fifth book.

Photos from the Book
(Click on Images to Enlarge)