Hot, Flat, And Crowded: Why We Need A Green Revolution--And How It Can Renew America

Thomas L. Friedman's No. 1 bestseller The World Is Flat has helped millions of readers to see globalization in a new way. Now Friedman brings a fresh outlook to the crises of destabilizing climate change and rising competition for energy-both of which could poison our world if we do not act quickly and collectively. His argument speaks to all of us who are concerned about the state of America in the global future. Friedman proposes that an ambitious national strategy- which he calls "Geo-Greenism"-is not only what we need to save the planet from overheating; it is what we need to make America healthier, richer, more innovative, more productive, and more secure. As in The World Is Flat, he explains a new era-the Energy-Climate era-through an illuminating account of recent events. He shows how 9/11, Hurricane Katrina, and the flattening of the world by the Internet (which brought 3 billion new consumers onto the world stage) have combined to bring climate and energy issues to Main Street. But they have not gone very far down Main Street; the much-touted "green revolution" has hardly begun. With all that in mind, Friedman sets out the clean-technology breakthroughs we, and the world, will need; he shows that the ET (Energy Technology) revolution will be both transformative and disruptive; and he explains why America must lead this revolution-with the first Green President and a Green New Deal, spurred by the Greenest Generation. Hot, Flat, and Crowded is classic Thomas L. Friedman-fearless, incisive, forward-looking, and rich in surprising common sense about the world we live in today. Book Description

Thomas L. Friedmans phenomenal number-one bestseller The World Is Flat has helped millions of readers to see the world in a new way. In his brilliant, essential new book, Friedman takes a fresh and provocative look at two of the biggest challenges we face today: Americas surprising loss of focus and national purpose since 9/11; and the global environmental crisis, which is affecting everything from food to fuel to forests. In this groundbreaking account of where we stand now, he shows us how the solutions to these two big problems are linked--how we can restore the world and revive America at the same time.

Friedman explains how global warming, rapidly growing populations, and the astonishing expansion of the worlds middle class through globalization have produced a planet that is hot, flat, and crowded. Already the earth is being affected in ways that threaten to make it dangerously unstable. In just a few years, it will be too late to fix things--unless the United States steps up now and takes the lead in a worldwide effort to replace our wasteful, inefficient energy practices with a strategy for clean energy, energy efficiency, and conservation that Friedman calls Code Green.

This is a great challenge, Friedman explains, but also a great opportunity, and one that America cannot afford to miss. Not only is American leadership the key to the healing of the earth; it is also our best strategy for the renewal of America.

In vivid, entertaining chapters, Friedman makes it clear that the green revolution we need is like no revolution the world has seen. It will be the biggest innovation project in American history; it will be hard, not easy; and it will change everything from what you put into your car to what you see on your electric bill. But the payoff for America will be more than just cleaner air. It will inspire Americans to something we havent seen in a long time--nation-building in America--by summoning the intelligence, creativity, boldness, and concern for the common good that are our nations greatest natural resources.

Hot, Flat, and Crowded is classic Thomas L. Friedman: fearless, incisive, forward-looking, and rich in surprising common sense about the challenge--and the promise--of the future.

Fareed Zakaria: Your book is about two things, the climate crisis and also about an American crisis. Why do you link the two? 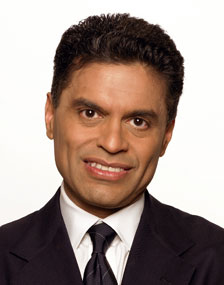 Thomas Friedman: You're absolutely right--it is about two things. The book says, America has a problem and the world has a problem. The world's problem is that it's getting hot, flat and crowded and that convergence--that perfect storm--is driving a lot of negative trends. America's problem is that we've lost our way--we've lost our groove as a country. And the basic argument of the book is that we can solve our problem by taking the lead in solving the world's problem.

Zakaria: Explain what you mean by "hot, flat and crowded."

Friedman: There is a convergence of basically three large forces: one is global warming, which has been going on at a very slow pace since the industrial revolution; the second--what I call the flattening of the world--is a metaphor for the rise of middle-class citizens, from China to India to Brazil to Russia to Eastern Europe, who are beginning to consume like Americans. That's a blessing in so many ways--it's a blessing for global stability and for global growth. But it has enormous resource complications, if all these people--whom you've written about in your book, The Post American World--begin to consume like Americans. And lastly, global population growth simply refers to the steady growth of population in general, but at the same time the growth of more and more people able to live this middle-class lifestyle. Between now and 2020, the world's going to add another billion people. And their resource demands--at every level--are going to be enormous. I tell the story in the book how, if we give each one of the next billion people on the planet just one sixty-watt incandescent light bulb, what it will mean: the answer is that it will require about 20 new 500-megawatt coal-burning power plants. That's so they can each turn on just one light bulb!

Zakaria: In my book I talk about the "rise of the rest" and about the reality of how this rise of new powerful economic nations is completely changing the way the world works. Most everyone's efforts have been devoted to Kyoto-like solutions, with the idea of getting western countries to reduce their carbon dioxide emissions. But I grew to realize that the West was a sideshow. India and China will build hundreds of coal-fire power plants in the next ten years and the combined carbon dioxide emissions of those new plants alone are five times larger than the savings mandated by the Kyoto accords. What do you do with the Indias and Chinas of the world? 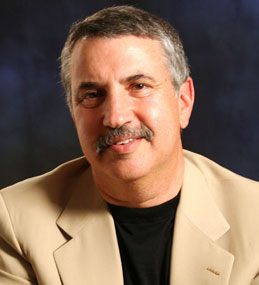 Friedman: I think there are two approaches. There has to be more understanding of the basic unfairness they feel. They feel like we sat down, had the hors d'oeuvres, ate the entre, pretty much finished off the dessert, invited them for tea and coffee and then said, "Let's split the bill." So I understand the big sense of unfairness--they feel that now that they have a chance to grow and reach with large numbers a whole new standard of living, we're basically telling them, "Your growth, and all the emissions it would add, is threatening the world's climate." At the same time, what I say to them--what I said to young Chinese most recently when I was just in China is this: Every time I come to China, young Chinese say to me, "Mr. Friedman, your country grew dirty for 150 years. Now it's our turn." And I say to them, "Yes, you're absolutely right, it's your turn. Grow as dirty as you want. Take your time. Because I think we probably just need about five years to invent all the new clean power technologies you're going to need as you choke to death, and we're going to come and sell them to you. And we're going to clean your clock in the next great global industry. So please, take your time. If you want to give us a five-year lead in the next great global industry, I will take five. If you want to give us ten, that would be even better. In other words, I know this is unfair, but I am here to tell you that in a world that's hot, flat and crowded, ET--energy technology--is going to be as big an industry as IT--information technology. Maybe even bigger. And who claims that industry--whose country and whose companies dominate that industry--I think is going to enjoy more national security, more economic security, more economic growth, a healthier population, and greater global respect, for that matter, as well. So you can sit back and say, it's not fair that we have to compete in this new industry, that we should get to grow dirty for a while, or you can do what you did in telecommunications, and that is try to leap-frog us. And that's really what I'm saying to them: this is a great economic opportunity. The game is still open. I want my country to win it--I'm not sure it will.

Zakaria: I'm struck by the point you make about energy technology. In my book I'm pretty optimistic about the United States. But the one area where I'm worried is actually ET. We do fantastically in biotech, we're doing fantastically in nanotechnology. But none of these new technologies have the kind of system-wide effect that information technology did. Energy does. If you want to find the next technological revolution you need to find an industry that transforms everything you do. B