The Joy Of Hate: How To Triumph Over Whiners In The Age Of Phony Outrage

From the irreverent star of Fox Newss Red Eye and The Five, hilarious observations on the manufactured outrage of an oversensitive, wussified culture.

Greg Gutfeld hates artificial tolerance. At the root of every single major political conflict is the annoying coddling Americans must endure of these harebrained liberal hypocrisies. In fact, most of the time liberals uses the mantle of tolerance as a guise for their pathetic intolerance. And what we really need is smart intolerance, or as Gutfeld reminds us, what we used to call common sense.

The Joy of Hate tackles this conundrum head on--replacing the idiocy of open-mindness with a shrewd judgmentalism that rejects stupid ideas, notions, and people. With countless examples grabbed from the headlines, Gutfeld provides readers with the enormous tally of what pisses us all off. For example:
- The double standard: You can make fun of Christians, but God forbid Muslims. It's okay to call a woman any name imaginable, as long as she's a Republican. And no problem if you're a bigot, as long as you're politically correct about it.
- The demonizing of the Tea Party and romanticizing of the Occupy Wall Streeters.
- The media who are always offended (see MSNBC lineup)
- How critics of Obamacare or illegal immigration are somehow immediately labeled racists.
- The endless debate over the Ground Zero Mosque (which Gutfeld planned to open a Muslim gay bar next to).
- As well as pretentious music criticism, slow-moving ceiling fans, and snotty restaurant hostesses.

Funny and sarcastic to the point of being mean (but in a nice way), The Joy of Hate points out the true jerks in this society and tells them all off. 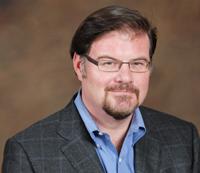 Jonah Goldberg is a columnist for the Los Angeles Times and contributing editor to National Review. A USA Today contributor and former columnist for the Times of London, he has also written for The New Yorker, Commentary, the Wall Street Journal, and many other publications.

Gutfelds basic argument is that the Forces of Tolerance claim an exclusive monopoly on, well, tolerance. But they use tolerance as a cudgel, a means of enforcing political correctness and shaming heretics into silence. The idea of tolerancea seemingly innocuous concepthas now become something else entirely: a way to bludgeon people into shutting up, piping down, and apologizing, when the attacked are often the ones who hold the key to common sense, Gutfeld writes. They speak an unspeakable truth, and they get clobbered by the Truncheon of Tolerance. Tolerance has turned normal people into sheep/parrot hybrids, followers in word and deedbloating and squawking at everyone in a psychological torment not experienced since Dave Matthews picked up a guitar. In other words, behind the liberal double-standard conservatives so often complain about is a single standard: the left holds a monopoly on acceptable speech.

To his credit, Gutfeld acknowledges that conservatives are too often prone to adopting the voice of perpetual outrage. Gutfeld considers himself a libertarian, albeit one of an admirably Victorian variety, though I may be the only person whod use that adjective. I have a rule, Gutfeld proclaims. Anything that can be done privately does not need to be performed publicly. Its why I love the gays but I hate their parades. The reason I say this is Victorian, is that in Victorian England, there was all sorts of wild hanky-panky going on, but it was behind closed doors. In public there was one social norm for everyone, in private there were so many freak flags flying it looked like the rotunda outside the U.N.

Obviously, Gutfeld doesnt want the one standard to be anything nearly so constraining or oppressive as that of Victorian England. But he does want one standard: Dont whine about how someone or something hurts your feelings and is offensive when what really bothers you is that someone disagrees with your point of view or agenda.

Gutfeld doesnt mention Herbert Marcuse, but he talks a lot about repressive tolerance, a term Marcuse coined and popularized. The Frankfurt School Marxist argued that traditionali.e., classically liberalnotions of tolerance were in fact oppressive because they helped perpetuate the sorts of societies Marcuse disliked (liberal, capitalist, democratic, free, decent, etc). And so, as Frankfurt School Marxists are known to do, he vomited up a bilious stew of nonsense that basically served as a secular fatwa: Leftwing groups are free to say whatever they want, but rightwing groups (defined as any outfit not loyal to leftwing groups) were to be treated as bigoted and offensive simply because they disagreed with leftwing groups. As Marcuse writes, Liberating tolerance, then, would mean intolerance against movements from the Right and toleration of movements from the Left.

Gutfeld doesnt bother with Marcuse, because Marcuse is dead and was only considered really smart by the people who wanted an eggheaded excuse to be asinine hypocrites. Gutfelds fight is much closer to the ground. Its an incredibly timely argument, given the new rage for what the kids today call concern trolling. This is where people pretend to be deeply, deeply troubled or concerned about this or that when theyre really not. Have you ever noticed how many extremely liberal columnists and TV pundits devote so much time to worrying about the Republican Partys electoral prospects given Americas changing demographics? Or evolving attitudes about abortion? Or homosexuality? Because we all know that if the GOP suddenly became pro-choice and for open borders, Keith Olbermann would suddenly start voting Republican.