I'D Like To Apologize To Every Teacher I Ever Had: My Year As A Rookie Teacher At Northeast High

Id Like to Apologize to Every Teacher I Ever Had is television, screen and stage star Tony Danzas absorbing account of a year spent teaching tenth-grade English at Northeast High -- Philadelphias largest high school with 3600 students.

Entering Northeasts crowded halls in September of 2009, Tony found his way to a classroom filled with twenty-six students who were determined not to cut him any slack. They cared nothing about Mr. Danzas showbiz credentials, and they immediately put him on the hot seat.

Featuring indelible portraits of students and teachers alike, Id Like to Apologize to Every Teacher I Ever Had reveals just how hard it is to keep todays technologically savvy and often alienated -- students engaged, how impressively committed most teachers are, and the outsized role counseling plays in a teachers day, given the psychological burdens many students carry. The book also makes vivid how a modern high school works, showing Tony in a myriad of roles from lecturing on To Kill a Mockingbird to coaching the football team to organizing a talent show to leading far-flung field trips to hosting teacher gripe sessions.

A surprisingly poignant account, Id Like to Apologize to Every Teacher I Ever Had is sometimes laugh-out-loud funny but is mostly filled with hard-won wisdom and feel-good tears.

A Conversation Between Authors Erin Gruwell and Tony Danza 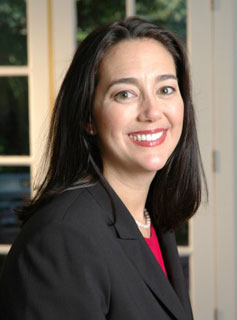 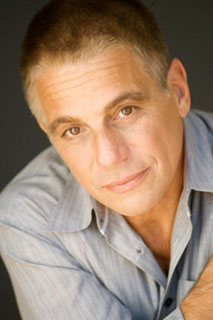 Erin Gruwell, author of the #1 New York Times bestseller The Freedom Writers Diary (basis of the Hillary Swank film Freedom Writers), talks to Tony Danza about his new book Id Like to Apologize to Every Teacher I Ever Had

Erin: Your book about teaching high school English for a year is so endearing. Its really a love letter to teaching.

Tony: For me, teaching was the road not taken. If you look at my acting work, so many of the roles involve being a teacher. Tony in Whos the Boss? becomes a teacher. I studied history education in college. I wanted to be a teacher. Teaching always appealed to me. Arthur Miller once said, The best thing you can hope for is that you end up with the right regrets. I didnt want to regret not trying this.

Erin: It seems like you were on quest for meaning.

Tony: It was kind of existential, I guess. Why am I here? that was the question. Everyone wonders, What does my life add up to? My closest cousin died at an early age of a heart attack. I remember my mom dying and the day afterit was weird, everything was the same. She was gone, but everything continued as it had been. It causes you to reflect on what youre meant to do. We all want to know the role were meant to play.

Erin: Theres a part of the book that seems like its almost a homage to your parents, to the emphasis they placed on education.

Tony: They were immigrants, never went to college, didnt finish high school, but they knew school made a difference. My father died died at 62 when I was 32, just as I was beginning to feel, Hey, maybe he knows something. I thought about that when I got in the classroom. A lot of kids dont have fathers around, and I felt a certain responsibility. I myself exerted little effort back when I was in school. I just got lucky, I very easily could have been lost. I felt, These kids need to hear the message: pay attention, school is important, this is something you must do.

Erin: In urban areas, there often arent a lot of strong father figures. How did it feel when you were teaching that lesson on To Kill a Mockingbird and the kids called you our Atticus?

Tony: Midway through the year, one girl, Nikiya, actually started calling me dad. The character Atticus, maybe our greatest hero (whom Gregory Peck played in the film), represented someone who cared, who listened, who wouldnt yell at them. I got worried that I wouldnt be able to live up to the image my students had of me. These kids have such huge needs. Its scary.

Erin: You had this dual reality you had both your classroom family and your family back in L.A. What was it like balancing both?

Tony: I hoped the teaching thing was something my wife and kids would be proud of. Especially my kids. That was a secret motivation, I guess. But there was also something else I hoped my kids would get out of it. Theyre privileged, having been brought up in L.A. with access to a lot of nice things. So, though theyd go to the mission to help out, get involved in various charities, they didnt have much sense of the type of lives my classroom kids were living. So that was one of my hopes for the project, too -- to give them a reality check, show them what life could be like.

Erin: Anyone who reads this book will feel that youre really committed to teaching as a craft that you think of it as a noble profession.

Tony: It certainly is. Its maybe the most important job there is. There came a point where I thought, Wow, this is really tough can I even stick out the year? But then you see the commitment of the people around you, the long days some people are putting in, that responsibility they have of dealing with 150 kids each (my load wasnt at that level) and so much need. From that perspective, one year doesnt seem like that big a deal. Its funny, though, at night Id be totally stressed, thinking about the day Id had, what Id failed to get right. But somehow in the morning, I was all pumped up, I had this newfound verve. And then the first kid Id see at school, the very first kid, I would smile at him and say, Good morning and he would scowl at me, and when that happens you just have to re-commit.

Erin: What was toughest part of the job?

Tony: Well, kids walk in and right away theyre broadcasting this message: engage me. They tend to not take responsibility for their own education, though eventually most of the kids in my class did, which was wonderful. I think the toughest part was that theres a certain Catch-22. Kids will not work for you unless you show that you like them. But once you show them that, they open up to you in a big way. They tell you secrets sometimes heartbreaking secrets and then what do you do?

Erin: Did you actually cry in class?

Tony: Oh yeah. At first it was a crisis of confidence. I was scared out of my mind that I would fail the kids in the only tenth-grade English class they would ever have. But then it morphed and I began crying about the kids themselves the problems some of them had to deal with, the way they could make me feel. One minute theyd break my heart with a demonstrative yawn, and the next theyd show me such love that I felt weak.

Erin: Your emotion is very endearing, actually. You dont try to shield it. What about your colleagues? I noticed in the book that many kept asking you how long you were staying. What was that all about?

Tony: When I got there some of my fellow teachers were skeptical. Who could blame them? They wanted to know this was no stunt. The way things are for teachers right now that would be the last thing they needed. It wasnt only my students who wanted to know I cared. But little by little I had to win them over. Toward the end, I well, Im not patting myself on the back for this, but some of the same teachers who were the most skeptical were asking me to stay. I remember thinking, jeez, at my age do I really want to care this much about anything other than my own kids? Anyway, I formed great relationships with many of the teachers. I put on the first ever Teacher Talent Show at the school where the teachers performed, and the next day some of these teachers walked into classrooms and their kids gave them standing ovations. That raised my standing.

Erin: So whats the solution for getting more kids on the right track? What is the big lesson you learned from your year in the classroom and the process of writing this book?

Tony: There are some very big problems out there. The unmotivated student is no longer the exception, and there are many parents who, for whatever reason, are missing from what goes on. Worst of all is a culture that undermines everything youre trying to do in the classroom. But I think trying to find the solution in something that is external to the students may be wrong, or at least not the most important thing. The most important thing is that kids must take part in their own education. We have to convince them. We cant want it more for them than they want it for themselves. Thats not going to work. We have to say to kids, You have one life this is your chance. They live in a world that is different from the one you and I grew up in. Back then, if a kid dropped out, there were jobs construction jobs and so forth. You could still have a good life. Not today. School is necessary. Its important. You can still have your dreams, but most adults know that sometimes you have to put your dreams in your pocket and make a life. Taking part in your own