Few people who have been slave to an addiction as vicious, as destructive, and as unrelenting as Colin Broderick's have lived to tell their tale. Fewer still have emerged from the darkest depths of alcoholismfrom the perpetual fistfights and muggings, car crashes and blackoutsto tell the harrowing truth about the modern Irish immigrant experience.

Orangutan is the story of a generation of young men and women in search of identity in a foreign land, both in love with and at odds with the country they've made their home. So much more than just another memoir about battling addiction, Orangutan is an odyssey across the unforgiving terrain of 1980s, '90s, and post-9/11 America.

Whether he is languishing in the boozy squalor of the Bronx, coke-fueled and manic in the streets of Manhattan, chasing Hunter S. Thompson's American Dream from San Francisco to the desert, or turning the South into his beer-soaked playground, Broderick plainly and unflinchingly charts what it means to be Irish in America, and how the grips of heritage can destroy a man's soul. But brutal though Orangutan may be, it is ultimately a story of hope and redemptionit is the story of an Irish drunk unlike any you've met before. Guest Interview: Colum McCann Talks with Colin Broderick

Colum McCann is the internationally bestselling author of the novels Zoli, Dancer, This Side of Brightness, and Songdogs, as well as two critically acclaimed story collections. A contributor to The New Yorker, The New York Times Magazine, The Atlantic Monthly, and The Paris Review, he has been named one of Esquires "Best and Brightest," and his short film Everything in This Country Must was nominated for an Oscar in 2005. His 2009 novel, Let the Great World Spin, won the 2009 National Book Award for Fiction, and was selected as Amazon.com's Best Book of 2009. Read his interview with Colin Broderick on Orangutan: 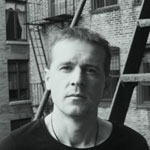 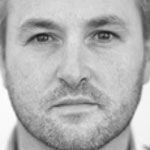 Colum McCann: The book starts with a warning: "This is not a very pleasant story... and if you dont like it, I dont care." Theres a fury in this book that I found really honest.

Colin Broderick: Youre right about that, Colum. I was on the last rung of the ladder when I started this book. I knew if I didnt come out fighting with this one, I was done for. Desperation has been a great motivator for me over the past three years.

Colum McCann: The first time I met you was about twelve years ago at the Barnes & Noble in Union Square. You handed me a manuscript and asked me to read it. You had a fire in your eyes that suggested you were never going to give up. I think at the time you told me it was your second novel. How many did you write before you finally managed to see something in print?

Colin Broderick: That fire has kept me alive through two unpublished novels, two plays, a screenplay, reams of poetry, and a nice folder of short stories over the years. Its been a long and arduous apprenticeship. But the option to quit was never viable for me. The noise in my head demands articulation. I obey, or it destroys me. When I sat down to write Orangutan I realized that I had most of it already written subconsciously. Since I stopped drinking I realized I have been walking around with all these stories in my head for years, and theyve been driving me crazy. I drank to quiet the noise. I write now for the same reason. My goal now is to untangle the stories one word at a time so that they dont drive me completely mad.

Colum McCann: Drink is one of the great levellers of fiction writers. But its also one of the great clichs, that it somehow fuels creativity. How did you actually manage to write while you were on the jar? Or did you just pretend?

Colin Broderick: That romantic image of the half pint of whiskey next to me on my writing table while I toiled almost killed me over the years. Personally I never wrote a coherent sentence when I was drunk. It took me a long time to accept that writing is basically hard, lonely work. It was easy to feel inspired when I was drinking. Once in a while, usually after about two or three bottles of wine, I was so inspired that I was convinced that I was just going to rattle off the next great American novel. Id wake up in the morning with a head on me like the tire of a dirt bike and pick up my notebook and I wouldnt be able to read a single word. There might be twenty pages or so of enthusiastic, unintelligible scrawl to magnify my sense of utter hopelessness. I destroyed a lot of nice notebooks like that over the years. I never woke up with a hangover and a masterpiece in my hand. I think that whole idea of the drunk writer is a very dangerous myth. Most of the drunk writers Ive researched wrote sober. Then they got drunk to celebrate.

Colum McCann: Personally I dont care about the difference between fiction and nonfiction. A story is a story, full stop. Clifford Geertz says that "the real is as imagined as the imaginary." But theres a lot of hullabaloo about "lies" and "fabrication" in the memoir genre. What would you say to the skeptics who say that this story is too crazy to believe?

Colin Broderick: Id say, "Put my book down so I can kick your ass." Whats really crazy to me is how much madness I had to leave out of the story in order to keep it within the confines of a readable book.

Colum McCann: I think the whole bollicking that James Frey got was ridiculous. So he made a mistake; leave him alone. It wasnt like he was telling lies and sending kids off to war, like some politicians were doing at the time...

Colin Broderick: I totally agree, Colum. I loved A Million Little Pieces. I couldnt put the damn thing down. In the bars where I drank, there were characters who would tell the same story over and over for years. We would be disappointed if it wasnt a little more entertaining on every new telling of it. The art of storytelling started around turf fires years ago, way before there were laptops and recording devices to take the magic out of it. If the storyteller didnt do his job right, no one would be able to remember the story to convey it orally to the next generation. Tell me a boring story you heard when you were ten.

Colum McCann: You worked in the Irish construction scene in New York for twenty years while writing. How was that for you, on the job? Did you ever have to go looking for the infamous "striped paint"?

Colin Broderick: I didnt go for the striped paint myself, but Ive sent a few newcomers looking for it over the years. I would always tell them to bring it back and hang it on a sky hook. The Irish construction scene in New York is not a job you need a hard hat for. What you really need is a full suit of body armor and a spare liver stored in your cooler. Those guys are the best craftsmen there are. Im just glad I survived the ride.

Colum McCann: We get our voice from the voices of others. I can see Pete Hamill here. And Nick Flynn. Some Bukowski, even. So, who would you say gave you your voice?

Colin Broderick: I think my own voice came up one morning when I had my arms wrapped around a toilet bowl, praying for survival. I read everything, including Hamill and Flynn. But Ill name a few of my favorite writers: Hemingway, Bukowski, Philip Roth, Graham Greene, John Irving, and the late great David Foster Wallace.

Colum McCann: In the story of drinking with the transvestite in a hole-in-the-wall bar in San Francisco, you relate to her by explaining how you are in fact an orangutan trapped in the body of a man. She claims, of course, that shes the Queen of England, and maybe she is. That must have been quite a session. Has that feeling of being trapped in another body subsided any since youve put down the bottle?

Colin Broderick: No. But not drinking has helped me understand that part of myself a little better and Ive come to terms with the beast, which makes it easier for me to stay on this side of the prison bars.

Colum McCann: A drunk, a carpenter, a writer, a womanizer, an emigrant? Theyre all open to particular stereotype, especially on the page. So, how do you lift yourself--and the story--away from the old tropes? How do you make it new?

Colin Broderick: Every story is new. I just hope mine is authentic and entertaining.

Colum McCann: Life is unfinished, isnt it? I mean, we constantly find out that there are new ways and new directions. Youre a father yourself now. You have a little girl. Youre a published writer. Does happiness scare you?

Colin Broderick: Im not a real happy person in general, but my life is better right now than its ever been. Im on a path now that Im treading cautiously. I look at my daughter and its all the incentive I need in the world to keep putting one foot in front of the other, do the next right thing.

Colum McCann: The late great Frank McCourt was a good friend of mine. And I assume you knew him also. He talked about the miserable Irish Catholic childhood and yet he rose above it. If you had to tag your story with a one-liner, what would it be?