Flipnosis: The Art Of Split-Second Persuasion

'What if I were to tell you that a psychopathic arsonist might also be the person most likely to save you from a burning building?' *This book is about a special kind of persuasion: 'flipnosis'. It has an incubation period of just seconds, and can instantly disarm even the most discerning mind. Flipnosis is black-belt mind control. It doesn't just turn the tables, it kicks them over. *From the malign but fascinating powers of psychopaths, serial killers and con men to the political genius of Winston Churchill - via the grandmasters of martial arts, Buddhist monks, magicians, advertisers, salesmen, CEOs and frogs that mug each other - Kevin Dutton's brilliantly original and revelatory book explores what cutting-edge science can teach us about the techniques of persuasion.

How many times a day do you think someone tries to persuade you? Twenty? Thirty? Actually its more like 400. When you imagine a society based on coercion you start to see how important persuasion is; it literally keeps us alive. Now psychologist Kevin Dutton has identified a powerful strain of immediate, instinctual persuasion, an elixir of influence that can immediately help you disarm skeptics, win arguments, close the deal, get the guy. Mapping the cutting-edge psychology and neuroscience of this incisive new influence, he introduces us to the natural super-persuaders in our midst?Buddhist monks, magicians, advertisers, con men, hostage negotiators, even psychopaths. He shows us which simple triggers can make someone trust you immediately; what hidden pathways in the brain lead us to believe something even when we know its not true; how group dynamics can make us more tolerant or deepen our extremism; and what we can learn from newborns about winning arguments. Duttons fascinating and provocative book will help anyone tap into the power of split-second persuasion.

A Q & A With Author Kevin Dutton 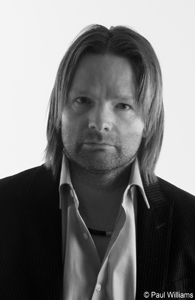 Q: How did the idea for Split-Second Persuasion come about?

A: I was in San Francisco at a conference, and the hotel I was staying in had seen better days. Outside, a whole load of homeless people had set up shop with their cardboard banners and placards ("Hungry & Homeless," "Vietnam Vet," "Six Months To Live," etc.) and during the course of the week I had made quite a few donations!

Towards the end of my stay, I resolved not to part with any more cash (by this stage they had more money than I did.) But then on my last day a new guy had joined the ranks. I took one look at the slogan he was holding up ("Why Lie? I Want Beer!") and, without even thinking about it, put my hand in my pocket (earlier this year, in Sydney, Australia, I saw an even better one: "Schizophrenic. Been On The Street Six Months. Both Of Us." It had the same effect!)

Up until then, as an expert in social influence, Id regarded persuasion as a matter of due process and negotiationas influence over time. But suddenly it dawned on me that there was clearly one strain of persuasion that short-circuited effortful processing and worked pretty much instantly.

Q: Would you say that persuasion is an instinct?

A: Yes. In the animal kingdom, courtship rituals, threat displays, and appeasement postures are all about persuasion: persuading another member of your species to mate with you, to back off, or to lay offpretty much the same imperatives we face in our daily lives! Asking whether persuasion is an instinct is the same as asking whether getting our own way is an instinct. Of course it iswho doesnt want to get their own way? And, as any parent will tell you, we start at a pretty young age!

Moreover, more subtle forms of influence have also been found in animals. In 2009, Alicia Melis, a psychologist at the Max Planck Institute for Evolutionary Anthropology in Leipzig, Germany, found evidence of negotiation in chimpanzees suggesting that the basic capacity for arbitration probably emerged before we split from our last common ancestor with chimpanzees and bonobos.

And biologist Karen McComb at the University of Sussex has discovered something interesting about cats: they employ a special "solicitation purr"an urgent, high-pitched cry embedded within a contented, low-pitch purrwhich hotwires their owners to fill up their food bowls at dinnertime.

Q: Why do you say that babies are the best persuaders in the world?

A: Think about it. On our very first day on the planet, the influence task that faced us was immense. We had to persuade those around us, without language, without consciousness, without anything like the oratorical prowess that we possess as adults, to take care of usto subjugate their own interests at the expense of ours. And we did it. Otherwise, we wouldnt be here talking about it!

How? Well, certainly not through any provision of our own. If wed had anything to do with it, wed almost certainly have blown it! Instead, natural selection took care of things for us by equipping us with three features, fitted as standard, fiendishly calibrated to cut straight through our ozone layer of deliberation, to go pounding up the slippery steps of consciousness, and to hammer unrelentingly on the secret emotional chambers of our heart, which are:

1. A virtually unignorable soundtrack that figures at the top of nearly everyones list of aversive acoustic stimuli;

2. appallingly cute good looks, that prove pretty much irresistible to anyone caught in the spotlight;

3. and a hard-wired propensity to make eye-contact, to attend to the eye-regions of faces.

And boy, do these features work. In one study, a bunch of wallets were left on the streets of Edinburgh, each containing one of four photographs. A happy family. A cute puppy. An elderly couple. And a smiling baby. Which ones, the researchers wondered, would find their way back to their "owners" most often?

There was no doubting the answer. Of the 40 wallets of each type that were dropped, 28% of those containing the portrait of the elderly couple made it back successfully; 48%, the family snapshot; 53%, the photo of the cute puppy.

And a whopping 88%, the picture of the smiling baby!

Q: Can we all learn to become split-second persuaders?

A: Just as with many things in life, persuasion ability is subject to considerable variation. Some of us are going to be naturally better at it than others. And some of usa vanishingly small minorityare destined to be persuasion A-listers. So just as its true that not everyone can run an Olympic qualifying time for, say, 100 metres, not everyone, Im afraid, has the raw influence talent to become a split second persuader.

But that isnt to say that we cant become better persuaders. "We are what we repeatedly do," wrote Aristotle. "Excellence, then, is not an act, but a habit." In other words, one of the ways we can become a better persuader is by going out there and persuading people!

When I was writing Split-Second Persuasion, I spent some time with some of the worlds top con artists. These guys are influence black-belts, no doubt about it. Yet natural talent apart, the most striking difference between these evil- influence geniuses and the rest of us is this: persuasion, to them, is a lifestyle. It isnt something that they suddenly turn on when they want something. Instead, its their whole demeanor.