The Fall picks up where The Strain left offwith a vampiric infection spreading like wildfire across America as a small band of heroes struggles to save the dwindling human race from the vampire plague. Horror fiction and dark fantasy fans will be swept up in this epic story that bestselling author Nelson DeMille describes as Bram Stoker meets Stephen King meets Michael Crichton.

Product Description
The vampiric virus unleashed in The Strain has taken over New York City. It is spreading across the country and soon, the world. Amid the chaos, Eph Goodweatherhead of the Center for Disease Controls teamleads a small band out to stop these bloodthirsty monsters. But it may be too late. Ignited by the Masters horrific plan, a war erupts between Old and New World vampires, each vying for total control. Caught between these warring forces, humanspowerless and vulnerableare no longer the consumers, but the consumed. Though Eph understands the vampiric plague better than anyone, even he cannot protect those he loves from the invading evil. His ex-wife, Kelly, has been turned by the Master, and now she stalks the city, in the darkness, looking for her chance to reclaim Zack, Ephs young son. With the future of the world in the balance, Eph and his courageous team, guided by the brilliant former professor and Holocaust survivor Abraham Setrakian and exterminator Vasiliy Fet, must combat a terror whose ultimate plan is more terrible than anyone first imagineda fate worse than annihilation. A Q&A with Academy Award-winner Guillermo Del Toro 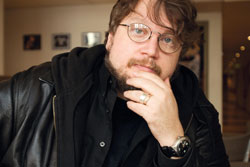 Q: Youve written screenplays and directed numerous movies, to name a few of your many accomplishments. What motivated you to write a novel?

Del Toro: Well, its a different challenge, but I've always written short stories and then, in my film work, storylines for movies (the storyline is a slightly "freer" form than screenplay writing) I have published some of my short stories in the past and it is my secret dream to write shivery tales for young readers. My favorite author in that sense is Roald Dahl who mixed it free-style between the grotesque and the magical. I love the short story form as a reader but if a novel has a terse structure I find it far more immersive and fulfilling. Nevertheless some of my favorite authors, Borges, Quiroga, Saki, etc. are masters of the short story form. The novel grew out of appetite and scope.

Q: You are one of the most extraordinarily imaginative and creative thinkers working in the arts today. What were some of the influences that have contributed to your success? Do you have any kind of a muse?

Del Toro: Curiously enough I regularly draw more inspiration from painters and books than I do from other films. Painters like Carlos Schwabe, Odilon Redon, Fliecien Rops, Bocklin, Freud, Bacon, Thomas Cole and many others, never fail to excite me and in the book front there are just as many authors... Dickens, does the trick every time as does Wilde, Rulfo, Quiroga, etc.

Q: Many of your movies have centered on fantastical characters. Why did you choose to write your first novel about vampires?

Del Toro: All of my life Ive been fascinated by them but always from a Naturalist's point of view. Cronos, my first movie, wanted to be a rephrasing of the genreI love the rephrasing of an old myth. When I tackled Blade II, I approached it with a myriad of ideas about Vampire Biology but only a few of those made it into the film. Tonally, the movie needed to be an action film and some of the biological stuff was too disturbing already... I love the idea of the biological, the divine and the evolutionary angles to explain the origin and function of the Vampire genus. Some of my favorite books about Vampirism are treatises on Vampiric "fact--books by Bernard J Hurwood, Augustin Camet, and Montague Summers.

Q: There are many stories, movies, and even a television show involving vampires. The Strain Trilogy uses the idea that vampires are a plague, and that the lead hunter is a scientist from the Centers for Disease Control. What was your inspiration for this twist?

Del Toro: When I was a kid I loved The Night Stalker and I fell in love with the idea Matheson and Rice posited, of exploring a creature of such powerful stature through the point of view of a common worker, a man used to deal with things in a procedural way. "Just another day at the job...".

Q: How did you and Chuck Hogan come together to write The Strain Trilogy? How does your collaboration work?

Del Toro: It was a true collaboration. I had created a "bible" for the book. It contained most of the structural ideas and characters and Chuck then took his pass on it and invented new characters and ideas. Fet (one of my favorite characters) was completely invented by him. And then I did my pass, writing new chapters or heavily editing his pass, and then he did a pass on my pass and so on and so forth. This is the way I have co-written in the past. I loved Chuck's style and ideas from reading his books and I specifically wanted him as a partner because he had a strong sense of reality and had NEVER written a horror book. I knew we would complete each other in the creation of this book. What surprised me is that he came up with some gruesome moments all on his own! He revealed himself to be a rather disturbed man! 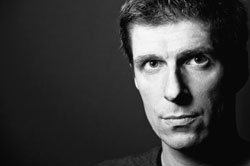 Q: What most surprised you about working with Guillermo Del Toro? Has working with him impacted your own work? In your former career as a video store clerk, did you ever in your wildest dreams imagine working on a project like thiswith a legend like Del Toro?

Hogan: I'd never co-authored anything, nor had I published a true work of horror before, and here I was embarking on an epic trilogy with a master of the genre. I probably should have been more intimidated--yet I felt an immediate kinship with the material, as well as true excitement at the challenge of bringing the story to life, both of which carried me through. Guillermo is a daunting first audience, and yet an incredibly generous collaborator. Not to mention an amazing resource: it's just fun to have to ask him a questionsay, about why the vampires run hot instead of coldknow that, not only will he take me through their intricate biology, but he will embroider the account with corroborating examples from the field of entomology, marine life, and some arcane fact about the function of human blood platelets.

Q: The Town, Devils in Exile, and The Killing Moon, probe the dark side of human nature. What draws you to this theme, and to the genre of suspense?

Hogan: Crime and horror are both genres of existentialism, and I am drawn to stories of man at his extremes, of people who find themselves tested, haunted, threatened. I believe a writer should challenge himself in his work just as he challenges the characters in his storythat anything less would be inauthentic and dishonest. What I love about The Strain is that the journey of the story takes this maxim and multiplies it by one thousand.