Superfreakonomicsthe smash hit follow-up to the remarkable New York Times bestselling phenomenon Freakonomicsis back in a new full-color, fully illustrated and expanded edition. The brainchild of rogue economist Steven D. Levitt and Stephen J. Dubner that once again brilliantly challenges our view of the way the world really works is presented with a new, visual, superfreaky dimension added, enhancing the already provocative thinking about street prostitutes, hurricanes, heart attacks, and other seemingly mundane matters that made Freakonomics and Superfreakonomics part of the national zeitgeist.


The New York Times best-selling Freakonomics was a worldwide sensation, selling over four million copies in thirty-five languages and changing the way we look at the world. Now, Steven D. Levitt and Stephen J. Dubner return with SuperFreakonomics, and fans and newcomers alike will find that the freakquel is even bolder, funnier, and more surprising than the first.

Four years in the making, SuperFreakonomics asks not only the tough questions, but the unexpected ones: What's more dangerous, driving drunk or walking drunk? Why is chemotherapy prescribed so often if it's so ineffective? Can a sex change boost your salary?

SuperFreakonomics challenges the way we think all over again, exploring the hidden side of everything with such questions as:

Levitt and Dubner mix smart thinking and great storytelling like no one else, whether investigating a solution to global warming or explaining why the price of oral sex has fallen so drastically. By examining how people respond to incentives, they show the world for what it really is ? good, bad, ugly, and, in the final analysis, super freaky.

Freakonomics has been imitated many times over ? but only now, with SuperFreakonomics, has it met its match.

From Superfreakonomics: Where do you stand on the freak-o-meter? 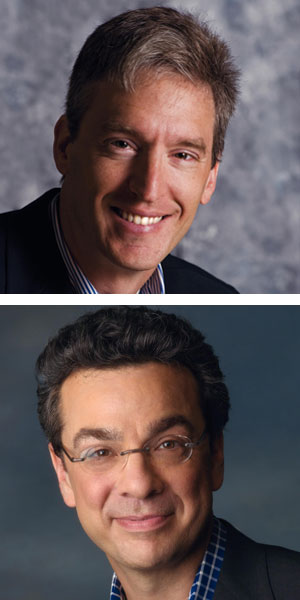 Four years ago, you were cool. You read Freakonomics when it first came out. You impressed family and friends and dazzled dates with the insights you gleaned. Now Steven D. Levitt and Stephen J. Dubner return with Superfreakonomics, a freakquel even bolder, funnier, and more surprising than the first.

Have you been keeping up? Can you call yourself a SuperFreak? Test your Superfreakonomics know-how now: Question 1: 5 points
According to Superfreakonomics, what has been most helpful in improving the lives of women in rural India?
A. The government ban on dowries and sex-selective abortions
B. The spread of cable and satellite television
C. Projects that pay women to not abort female babies
D. Condoms made specially for the Indian market Question 2: 3 points
Among Chicago street prostitutes, which night of the week is the most profitable?
A. Saturday
B. Monday
C. Wednesday
D. Friday Question 3: 5 points
You land in an emergency room with a serious condition and your fate lies in the hands of the doctor you draw. Which characteristic doesnt seem to matter in terms of doctor skill?
A. Attended a top-ranked medical school and served a residency at a prestigious hospital
B. Is female
C. Gets high ratings from peers
D. Spends more money on treatment Question 4: 3 points
Which cancer is chemotherapy more likely to be effective for?
A. Lung cancer
B. Melanoma
C. Leukemia
D. Pancreatic cancer Question 5: 5 points
Half of the decline in deaths from heart disease is mainly attributable to:
A. Inexpensive drugs
B. Angioplasty
C. Grafts
D. Stents Question 6: 3 points
True or False: Child car seats do a better job of protecting children over the age of 2 from auto fatalities than regular seat belts. Question 7: 5 points
Whats the best thing a person can do personally to cut greenhouse gas emissions?
A. Drive a hybrid car
B. Eat one less hamburger a week
C. Buy all your food from local sources Question 8: 3 points
Which is most effective at stopping the greenhouse effect?
A. Public-awareness campaigns to discourage consumption
B. Cap-and-trade agreements on carbon emissions
C. Volcanic explosions
D. Planting lots of trees Question 9: 5 points
In the 19th century, one of the gravest threats of childbearing was puerperal fever, which was often fatal to mother and child. Its cause was finally determined to be:
A. Tight bindings of petticoats early in the pregnancy
B. Foul air in the delivery wards
C. Doctors not taking sanitary precautions
D. The mother rising too soon in the delivery room Question 10: 3 points
Which of the following were not aftereffects of the World Trade Center and Pentagon attacks on September 11, 2001:
A. The decrease in airline traffic slowed the spread of influenza.
B. Thanks to extra police in Washington, D.C., crime fell in that city.
C. The psychological effects of the attacks caused people to cut back on their consumption of alcohol, which led to a decrease in traffic accidents.
D. The increase in border security was a boon to some California farmers, who, as Mexican and Canadian imports declined, sold so much marijuana that it became one of the states most valuable crops. Answers and Scoring
Question 1
B, Cable and satellite TV. Women with television were less willing to tolerate wife beating, less likely to admit to having a son preference, and more likely to exercise personal autonomy. Plus, the men were perhaps too busy watching cricket. Question 2
A, Saturday nights are the most profitable. While Friday nights are the busiest, the single greatest determinant of a prostitutes price is the specific trick she is hired to perform. And for whatever reason, Saturday customers purchase more expensive services. Question 3
C, One factor that doesnt seem to matter is whether a doctor is highly rated by his or her colleagues. Those named as best by their colleagues turned out to be no better than average at lowering death rates--although they did spend less money on treatments. Question 4
C, Leukemia. Chemotherapy has proven effective on some cancers, including leukemia, lymphoma, Hodgkins disease, and testicular cancer, especially if these cancers are detected early. But in most cases, chemotherapy is remarkably ineffective, often showing zero discernible effect. That said, cancer drugs make up the second-largest category of pharmaceutical sales, with chemotherapy comprising the bulk. Question 5
A, Inexpensive drugs. Expensive medical procedures, while technologically dazzling, are responsible for a remarkably small share of the improvement in heart disease. Roughly half of the decline has come from reductions in risk factors like high cholesterol and high blood pressure, both of which are treated with relatively inexpensive drugs. And much of the remaining decline is thanks to ridiculously inexpensive treatments like aspirin, heparin, ACE inhibitors, and beta-blockers. Question 6
False. Based on extensive data analysis as well as crash tests paid for by the authors, old-fashioned seat belts do just as well as car seats. Question 7
B, Shifting less than one day per weeks worth of calories from red meat and dairy products to chicken, fish, eggs, or a vegetable-based diet achieves more greenhouse-gas reduction than buying all locally sourced food, according to a recent study by Christopher Weber and H. Scott Matthews, two Carnegie Mellon researchers. Every time a Prius or other hybrid owner drives to the grocery store, she may be cancelling out its emissions-reducing benefit, at least if she shops in the meat section. Emission from cows, as well as sheep and other ruminants, are 25 times more potent as a greenhouse gas than the carbon dioxide released by cars and humans. Question 8
C, the 1991 eruption of Mount Pinatubo in the Philippines discharged more than 20 million tons of sulfur dioxide into the atmosphere, which acted like a layer of sunscreen, reducing the amount of solar radiation and cooling off the earth by an average of one degree F. Question 9
C, doctors not taking sanitary precautions. This was the dawning age of the autopsy, and doctors did not yet know the importance of washing their hands after leaving the autopsy room and entering the delivery room. Question 10
C, the psychological effect of the attacks caused people to increase their alcohol consumption, and traffic accidents increased as a result. Scoring
32-40: Certified SuperFreak